What Netflix Taught Me About Money

In another life, there’s a parallel me out there who lives entirely off of being a serial series watcher. Name any one release in the past month and I’ve probably watched it three times over. So, it is always a delight when I’m watching a new series and it just so happens to - even vaguely - relate to my actual job. You really can get the best of both worlds.

In this article, I’ll be looking at some recent and not so recent Netflix releases that have a financial takeaway, and of course, a plot twist or two that you could also find interesting (spoiler alert!).

This series is loosely based on the life of Anna Sorokin AKA Anna Delvey. It follows the years leading up to her arrest for swindling New York’s elite. Throughout the series, Anna Delvey, a ‘’German heiress’’ with a penchant for the finer things in life, has one goal - to build an empire. As she climbs the social ladder and “wires” her way out of trouble, I kept repeating one thing to myself - surely she’d never get the best of me.

Perhaps there are certain luxuries that come with higher tax brackets, but I would assume that one thing should always remain the same. The importance of budgeting. You don’t have to be the strictest budgeter to know your limits, yet somehow people who fell victim to her weren’t as aware of their limits. One of these victims was left with $60 000 worth of debt trying to pay for Anna’s hotel room.

Next time you say “drinks on me”, just make sure that you have the money for it and that you know what you’re paying for.

There must be something in the New York air. Mr Robot takes a turn away from the Upper East Side however and follows a hacker with a chequered past. In the first few episodes, a big bad company that is unironically named Evil Corp is taken down by a different group of hackers. Evil Corp finds a scapegoat and carries on operating but the hacker group is not pleased.

Why did they attack Evil Corp? Outside of the obvious, their one demand is that Evil Corp erases all debt they have on file. Mr Robot does something really interesting in the way they incorporate economic terminology such as “The Invisible Hand” and how they illustrate the poverty trap. They show, almost anecdotally (and of course fictitiously) how the pressures of life on people with lower income cause them to follow formulaic methods of living that leave them in the same place as they were.

One of the features of the poverty trap is that people with low income will have little savings. Which leads them to not invest or invest very little. This in turn means they struggle to build their wealth and thus the cycle ends where it started at low income. This is definitely a simplified version of a very complex and nuanced matter. But Mr Robot does open a dialogue around trying to get one of the characters (and perhaps society at large) out of this vicious cycle.

And they said TV rots your brain! Take that Mr Lubbe (my grade six maths teacher). Like Oscar Wilde said, “Life imitates art far more than art imitates life”. So maybe next time you’re watching the latest Netflix release, take a moment to think about what the show is saying about your own habits. 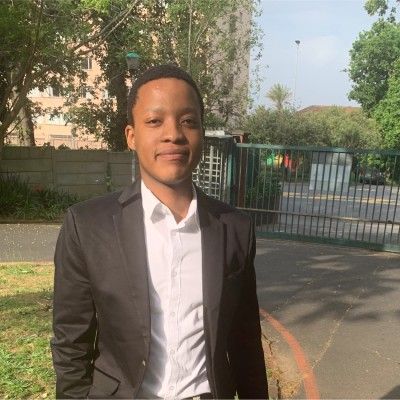 Rele is a University of Cape Town student who is an intern at Franc. Some might call him a connoisseur of music. "Some", referring to him alone.

The SARB announced that it was increasing the repo rate by 0.75% to 7% effective 25th November 2022. This is big news, so let's unpack what’s going on.

There are lots of great Black Friday deals and it may be the best time to shop for the festive season however it is important to remember to shop responsibly. Here are a few tips on how.

Environmental, Social, and Governance (ESG) investing has been around in some form or another for decades. So it’s high time we dive into what ESG means.