Most people, I assume, have heard the name Warren Buffett before. But I’m pretty sure many people don’t know the details of this man’s remarkable life journey to being the world’s fourth wealthiest person with a current net worth of about US$86 billion.

What I think is notable is that of the world’s top 10 wealthiest people Buffett is the only person who didn’t start an operating company (with the exclusion of the Walmart heirs who arguably didn’t earn their billions), which means he achieved his status purely as an investor. And unlike Donald Trump, he didn’t get a million dollar kick start, he started investing the pennies he earned delivering newspapers as a boy growing up in Omaha, Nebraska.

Given his unique status as the world’s most successful investor, I think it’s worthwhile asking yourself how you can be like Buffett. Here are ten pieces of wisdom I could glean from Warren Buffett’s life.

1. Wealth is difficult to accumulate and easy to lose: As a schoolboy Buffet liked maths and wanted to get into business and investing from a young age. When he was only 7 years old he borrowed One thousand ways to make $1000 from the local public library and started implementing ideas that were within his reach. As such, most of his boyhood activities involved different ways of making and investing money. Most notably in high school when he bought a used pinball machine for $25, within months he owned several machines in three different barber shops across Omaha and sold the business for $1,200 in the same year. That’s 50 times return on investment in a single year - not bad!

Not all of Buffett’s ventures were successful. He learnt the hard way that wealth is difficult to accumulate and easy to lose.

2. Compound growth marries the present to the future: If you think of compound growth, you probably think of how interest earned and reinvested allows yet more interest to be earned (growth on top of growth) and so on. For Buffett, he realised that one dollar in his hand today was going to be worth $10 some years from now and so in his mind the two were the same. This subtle but fundamental change in perspective had a profound impact on Buffett’s life.

3. Invest Young: With a deep appreciation of the power of compound growth, Buffet realised that the way to begin making money is to begin. And to increase his chances of making more money, he started early. It’s for this very reason that he started investing as a boy. He still holds stock in companies he bought when he was in high school. Now that’s thinking ahead.

4. Save a dollar to invest a dollar: Buffett’s frugal lifestyle is notorious and arguably makes him yet another standout figure from the other Top 10 wealthiest people in the world. If you know that the dollar in your hand today is worth $10 some time from now, why would you spend that dollar today? Buffett knew that the more he could save and not spend, the more he could invest and the wealthier he could be.

“What you’re doing when you invest is deferring consumption and laying money out now to get more money back at a later time.”

5. The Miracle of Capital: Buffet knew that money has the potential to work for its owner, as if it had a job of its own. This has never been more important than today when the return of capital far outstrips the growth of wages.

“It could make me independent. Then I could do what I wanted to do with my life.”

6. Seek Value: Most of Buffett’s investments have been in public companies. He is known as a value investor that doesn’t try to capitalise on the price fluctuations inherent in the stock market by buying low and selling high. Instead Buffett built a career and team that were exceptional at identifying value.

“In the short run, the market is a voting machine. In the long run, it’s a weighing machine. Weight counts eventually, but votes count in the short term.”

And although one would like to think that the voting is demographic, in other words the best candidate will win, it’s as democratic as the US elections in which Donald Trump was elected! In other words, the perception of value is often the primary driver behind the price of a stock and not its underlying or intrinsic value.

7. Be Patient: Buffet is well aware that compound growth takes time and that miracles do not happen. It has taken him a lifetime to build a personal net worth of US$86 billion. That said, he also knew that when you are young you should have different investment goals to when you’re 60.

8. Be Courageous: Buffett has never been one to go with the crowd. He trusted his abilities to seek and find value. Speculation is most dangerous when it looks the easiest.

9. Understand the Physics of Money: Money, like physics, has fundamental truths. One of the most important truths is that the cost of borrowing is to finance what gravity is to physics. You may have heard the saying “a bird in the hand is worth two in the bush”. However, Buffett says that it all depends on when. Interest rates - the cost of borrowing money - determines the price of when, which is why sometimes a two in the bush may be better than one in the hand. But he also understands that debt is like gasoline. When things are going well, a car uses more gas to go faster. But In a crash, gasoline is what causes the car to blow up! The same is true with money.

10. Define your Circle of Competence: Buffett knew what he was good at. He was good at mathematics. He could evaluate a business and determine its value. He has also developed a skill for identifying companies with solid business models and great management. Many of the people he has hired have moved onto to manage other businesses within the Berkshire Hathaway group to great success.

These days Warren Buffett is still enjoying the compounding growth of his investment company Berkshire Hathaway, which has a share price of over $300,000. His long track record of 2,404,748% growth from 1964 to 2017 (or 20.9% annualised growth) is astounding. This means that a $1,000 investment in Berkshire stock in the 1950s would be worth more than $24 million today! 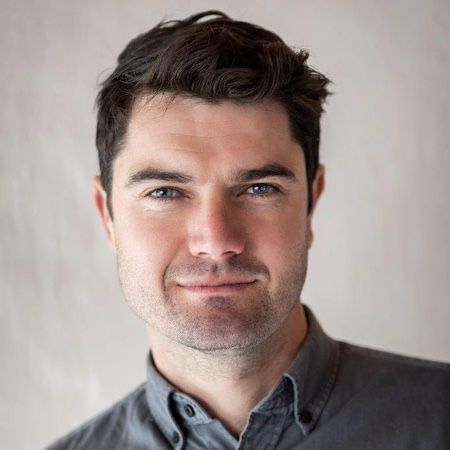 Thomas is an engineer with a doctorate in machine learning. When he's not creating solutions for all the problems in the universe, he's likely running, surfing, hiking or climbing.