Investors come in all shapes and sizes. Some save big, some save small, some stick to the plan… and many don't.

Something we've noticed recently at Franc is that many investors raid the piggy bank quite regularly.

These are often small fractions of the investment balance. It's like eating the crumbs but leaving the cake – surely a few crumbs never hurt anybody?

As you probably know, we encourage our investors to define a goal and an associated savings plan and stick to it.

This is a tried and tested way of achieving financial goals.

But, of course, life happens. Small emergencies and unexpected costs have a habit of straining the monthly budget. At which point you either have to cut back on a few luxuries to get expenses down… or you have to get your hands on some more money!

The temptation to take little bites out of the savings cake – to grab the crumbs – is understandable… but the costs are significant.

The Cost of Withdrawals

I like using actual data to illustrate financial scenarios. Hypotheticals are good and well, but real-life situations tell the true story.

Let's say you started investing R500 a month in the Satrix Top 40  the month after it was created back in November 2000 – almost exactly 20 years ago.

The Satrix Top 40 is equivalent to owning the 40 largest shares listed on the JSE and sharing in their profits and dividends – it's the investment vehicle we use at Franc to access the share market.

A year and half went by, you stuck to the R500 a month thing, and suddenly you had R11,000 in your Franc account – which is great because your contributions at that point only amounted to R9,000, you were already up R2,000.

At the same time, you realised you had overspent on luxuries. You decided to withdraw R500 to balance the monthly budget. Surely, you figured, R500 out of R11,000 wouldn't make much difference in the long run?

In other words, your account balance today, at end August 2020, is R3,500 lower because of that one little withdrawal.

You can imagine how this dent in the goal amount gets exponentially bigger each time you take a little bite out of the investment apple.

Let's say that you took out R500 every year, 20 little withdrawals over 20 years. Again, this probably didn't seem like much at the time. After 5 years – even after those little R500 nibbles – your account balance was R50,000. Fifty grand! Bonus. It certainly looked like those little bites weren't really hurting at all.

You would have R33,000 more now if you had just found a way not to steal back one little R500 contribution a year.

Of course, this all comes back to the power of compounding. The longer you leave your money to grow, the better the results.

Another illustration of the power of compounding comes from the impact of dividends.  Let's look at what happens if you take dividends in cash instead of reinvesting them.

Investing in the Satrix Top 40  helps your money grow in two ways – firstly, through increases in the prices of the underlying shares (like MTN, Vodacom, Capitec and Woolworths), and secondly through the dividends paid by the companies to shareholders.

The dividends paid to you by the Satrix Top 40 in the first year amounted to about R100 – such a small amount that it's hard to see how it could make any difference whether you took the dividends in cash or had them automatically reinvested.

But here's the incredible thing:

Taking out dividend "crumbs" reduced the investment value by over R100,000!

Some Rules of Thumb

As you can see, making seemingly small withdrawals from an investment can prove very expensive in the long run.

The long-term rate-of-return (ie, for periods over 10 years) for the JSE Top 40 varies between 13% per year and 16% per year (including reinvestment of dividends) depending which period you're looking at. (The last 20 years – the period I used above – is actually one of the poorer periods: there have been periods when R500 a month would have grown to R750,000 over 20 years.)

Here are some rules of thumb to think about next time you're contemplating a small withdrawal from your investment account:

So before you make your next withdrawal, ask yourself this: given that this R500 could be worth over R40,000 when I retire, am I sure I want to take it out? 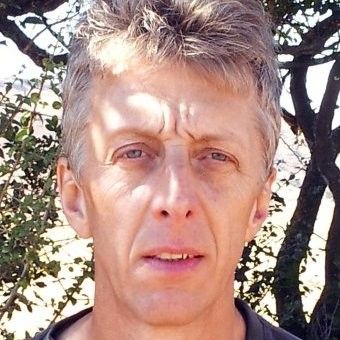